Grace Fortune trusts no one after she was betrayed by the man she once loved.

Now, she’s the most popular ‘Cyprian’ at Madame Chambon’s high-class London House of Assignation, consort of aristocrats and princes.

As Faith prepares for her next job as the special initiation ‘gift’ procured by a mother in fashionable Mayfair for her son’s twenty-first birthday, she plans her revenge.

But revenge is a dish best left uneaten if the truth is not what’s being served. 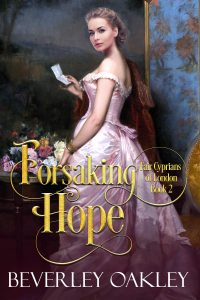 For readers who love second chance love stories with a happily-ever-after they didn’t see coming. 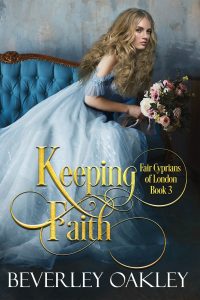 Revenge is sweet until it breaks your heart.

Falsely accused of stealing, Faith is given two choices: Fend for herself on the streets of London, or become indentured to Madame Chambon, the ruthless proprietor of London’s most exclusive brothel.

In order to survive, Faith submits to the machinations of a mysterious benefactress and begins a new life under Madame Chambon’s roof. However, she does not live like the other girls.

Rather, she’s taught the theory of how to entrance London’s noble gentlemen with her learning in philosophy, politics and art.

Her body is to be saved for the greatest enticement of all: revenge.

Faith doesn’t care what she has to do. She lives only to fulfil a bargain that will set her free.

But when Faith is recruited as the muse of a talented, sensitive painter whose victory in a prestigious art competition turns them both into celebrities overnight, she discovers the reasons behind her mission are very different from what she’d been led to believe.

Now she is complicit in something dark and dangerous while riches, adulation and freedom are hers for the taking.

But what value are these if her heart has become a slave to the honorable man she is required to destroy?