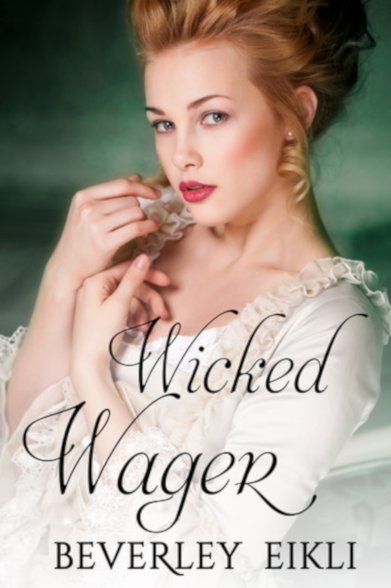 A dissolute rake, a virtuous lady, a ruthless society beauty and a missing plantation owner with secrets – just another day in Georgian England…

Celeste Rosington knows her place in society, and while she may not be overjoyed at her upcoming wedding to her detached cousin Raphael, she nonetheless hopes the marriage will be successful. When Raphael asks her for her help to save Harry, she agrees. But her decision costs her more than she knows…

Celeste’s clandestine visit to Harry’s home is witnessed, and her connection to Harry misconstrued. Harry’s secrets put Celeste into more danger than even Raphael understands, and throws her into the path of the ruthless, cunning, beautiful Lady Busselton and the dissolute, dangerous Lord Peregrine.

Lord Peregrine liked a wager. The cards, the horses, occasionally a pair of spiders, could whip up his blood and tip him out of the lethargy and ennui which characterised his usual state of being.This wager, though, was different. He could feel it in the sudden stillness into which he’d been plunged; the colour, vibrancy and chatter that had washed about him from the moment he and Xenia had stepped into their box at the theatre, sucked into the void.

Xenia’s seductive purr as she put her head close to his was as sweet as a feather skimming his heated, naked flesh.

And as dangerous as a black widow’s bite.

‘Come, Perry, it’s not like you to have scruples.’

He blinked to clear his mind and as his gaze raked the breathtaking contours of London’s most beautiful widow—and probably its most immoral—he wasn’t sure if the thrumming of blood to his extremities was due to outrage or titillation.

Slowly he exhaled, acknowledging almost sadly that it was the latter, which would of course confirm society’s opinion of him as a bored and dissolute libertine who’d done nothing but wallow in his father’s wealth, living a life of scandal. A man totally without redemption. Indeed he would deserve every uncomplimentary epithet hurled at him if he accepted darling Xenia’s outrageous wager.

He surprised himself with his hesitation. A sudden flowering of moral fibre? Or fear? Clearly Xenia was surprised by his lack of enthusiasm, for she glanced at him askance, before her lips curved into that devastating smile that never failed to render him no better than her unruly, slavering hounds of whom she was so fond, who rutted with anything that crossed their paths.

And there was the rub. Yes, he was immoral, he was dissolute, but at thirty-three he couldn’t believe he was totally beyond redemption.

Lord Peregrine sighed, abandoning the daydream he was better than he was—for that’s all it was—and met Xenia’s ice blue gaze while he schooled his features to betray no emotion. A lifetime’s practice under the brutal tutelage of his uncle had made this easy. He could appear unmoved when it was true to say that he still was capable of some feeling. Whether that was a good thing or not was a matter he’d not yet decided.

And then he took another sip of his champagne. Around him the theatre once again pulsed with the energy he’d been conscious of before Xenia’s carefully calculated whisper.

Oh, she was good. She knew exactly how to stir his blood.

Xenia gave a soft, throaty laugh. ‘She’s over there, if you want to look.’

He followed the direction indicated by her elegant finger, towards the stalls where two society beauties, with painted faces and elaborate pomaded coiffures two-feet high, were making eyes at the gentlemen over the top of ivory pointed fans.

Peregrine smiled. He enjoyed teasing her. Xenia was quick to irritation. Quick to anger, and quick to passion, too.

The high-pitched inducements of the girls selling oranges in the pits almost drowned out the wavering top notes, which concluded the opera singer’s aria; and as Peregrine searched for the object under discussion, his thoughts revolved around the usual litany of: ‘Diversion, diversion; anything for diversion’.

No, certainly these were not the thoughts of a gentleman; more like a wolf wearing the trappings of one.

He was aware that Xenia was watching him carefully, but again Peregrine schooled his features into a mask of indifference, even before he’d assimilated the scene before him.

And then the blurred images coalesced into one and as he regarded the handsome couple seated across the gallery, something in the graceful movements of the young woman stirred his senses, triggering an emotion not dissimilar to the energy that surged through him as he followed the hunt, charging with the rest of them after the wily fox.

Be the first to review “Wicked Wager”