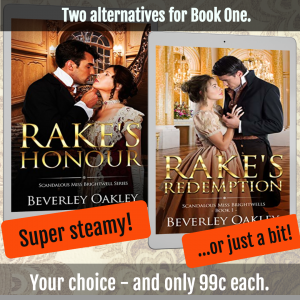 What’s a girl to do when she has no money but must marry well?

When her father has died a debtor and her reprobate brother is intent on gambling away what little else remains?

When her feather-brained sister risks the family reputation by succumbing to any lure cast her way?

Why, her mother, Lady Brightwell, has just the plan! Her intelligent, beautiful daughter is to be sacrificed to a lecherous baron with gout and carbuncles in order to keep the family in the manner to which they’ve become accustomed.

Only, there’s the rub.

Lady Brightwell’s daughter Fanny might be intelligent and beautiful. But she’s also rebellious, clever and strong-willed.

And when her passionate heart is brought to life by a chance encounter with a dashing viscount, the fact he’s looking for a wealthy bride is of no account.

This is the story of Fanny’s perilous gamble amidst a London season’s offerings of debutantes with far greater address – but far less cunning – for the ultimate prize: dashing, delicious, dazzling Lord Fenton.

Sit back and enjoy this racy, Regency romp but do ensure your smelling salts are at hand – because Fanny Brightwell is prepared to risk everything to save herself from a lifetime attending to Great Aunt Seraphina’s chilblains or massaging lecherous Lord Slyther’s gargantuan ego – amongst other things. 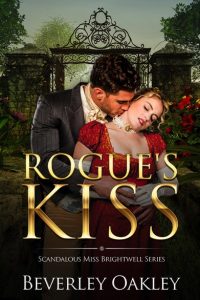 Would a potential suitor be bolder if he were told the lie that the young lady he admires has only six months to live?

Sweet, pretty Thea Brightwell’s dull, quiet life with her crotchety aunt is about to be turned upside down by a visit to Bath and a chance encounter with handsome Mr Grayling.

However, the fledgling affair is quickly nipped in the bud by Thea’s aunt who has no intention of losing her unpaid nurse and companion, while Mr Grayling regretfully acknowledges he needs to marry an heiress to restore his family’s crumbling fortunes.

Unbeknownst to penniless Thea, she has an unlikely champion in her well-meaning but ‘not-too-bright’ Cousin Bertram who has decided to play matchmaker.

If the lack of a dowry is the only impediment to Mr Grayling making an offer of marriage, Bertram reasons the gentleman would play a riskier hand if he were told that the damsel he covets were destined for her deathbed within six months?

Crotchety maiden aunts, love letters gone astray, and ‘old flames’ appearing from the woodwork lead to a most disconcerting outcome! 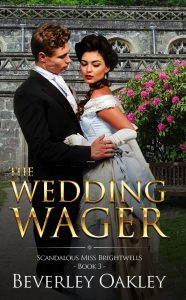 A lonely young woman’s bid to be reunited with her long-lost love child seems doomed after her friends’ matchmaking attempts go awry.

When Miss Eliza Montrose’s extraordinary bravery wins her the respect of matchmaking queens Fanny and Antoinette Brightwell, the sisters and their bumbling brother hatch a plan to find a worthier suitor for the young woman they’d initially disliked.

Rufus Patmore, a kind honorable gentleman with a love of horses and a soft spot for damsels in distress, is the ideal candidate when he inadvertently reveals his true feelings for Eliza.

But Eliza has her own reasons for agreeing to marry the Brightwells’ selfish, self-absorbed cousin, George Bramley. Reasons that have nothing to do with love! If it’s the only way to be reunited with the love child she was forced to give up after a youthful indiscretion, Eliza will marry anyone!

Unfortunately, while the Brightwell siblings have acted with the best of intentions, fixing a horse race that was supposed to bring joy and happiness to two deserving, star-crossed lovers has unfortunate consequences.

Now, being able to follow her heart comes at an unexpected price. A price that Eliza might not be able to pay. 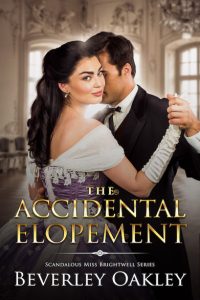 Friends at seven, lovers at seventeen, Katherine and Jack were meant to be together.

But when a tragic mistake results in marriage to the wrong man for Katherine, a heartbroken Jack heads to foreign lands to make his fortune.

Now Jack is returning and Katherine is a widow, eagerly awaiting the only man she’s ever loved.

Experience has taught her to value even more his qualities of honour and bravery, while his humour and playfulness are ever on her mind, a counterpoint to her years of living with a humourless husband.

But to Katherine’s dismay, she learns that Jack is returning with his betrothed, a woman he agreed to marry abroad.

Katherine knows Jack can’t possibly love this woman as he’d loved her. She also knows she has the power to win him back. But Jack has equally compelling reasons for going forward with the betrothal he contracted in the West Indies.

Will love or honour prevail? 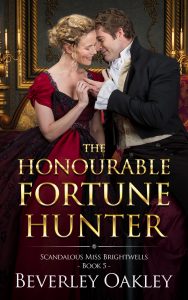 Heiress to a fortune, Lizzy Scott wants nothing more than to make a love match.

But her controlling guardian, Mrs Hodge, has other plans. She’s promised Lizzy to dashing fortune hunter Mr Dalgleish in exchange for a portion of Lizzy’s inheritance.

While Lizzy knows Mr Dalgleish is only after her money, he is also charming and persuasive. And he’s her best hope to escape the cruelty of Mrs Hodge’s household.

With his reputation in tatters, the last thing self-confessed fortune hunter Theo McAlister needs is another heiress complicating his life.

When Miss Lizzy Scott suddenly becomes his responsibility after he rescues her from a carriage accident en route to a house party, Theo is determined to return her to her guardian so he can continue what has become his life’s mission: to atone for his past.

But when sparks fly and attraction sizzles between the innocent debutante and the jaded man-about-town, Theo must decide what is more important: Love? Or restoring his reputation?

Read The Scandalous Fortune Hunter for a roller-coaster ride through the twists and turns of thwarted newfound love, coercion and desperate choices.

Warning: This sweet to sensual story contains humour, some clever matchmaking and a very eager and inexperienced heroine.

Buy at all retailers here. 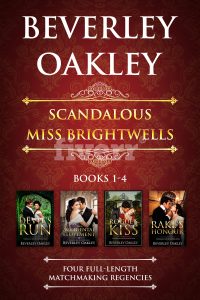 Buy the series (including both sweet and steamy versions of Book 1) and save here.