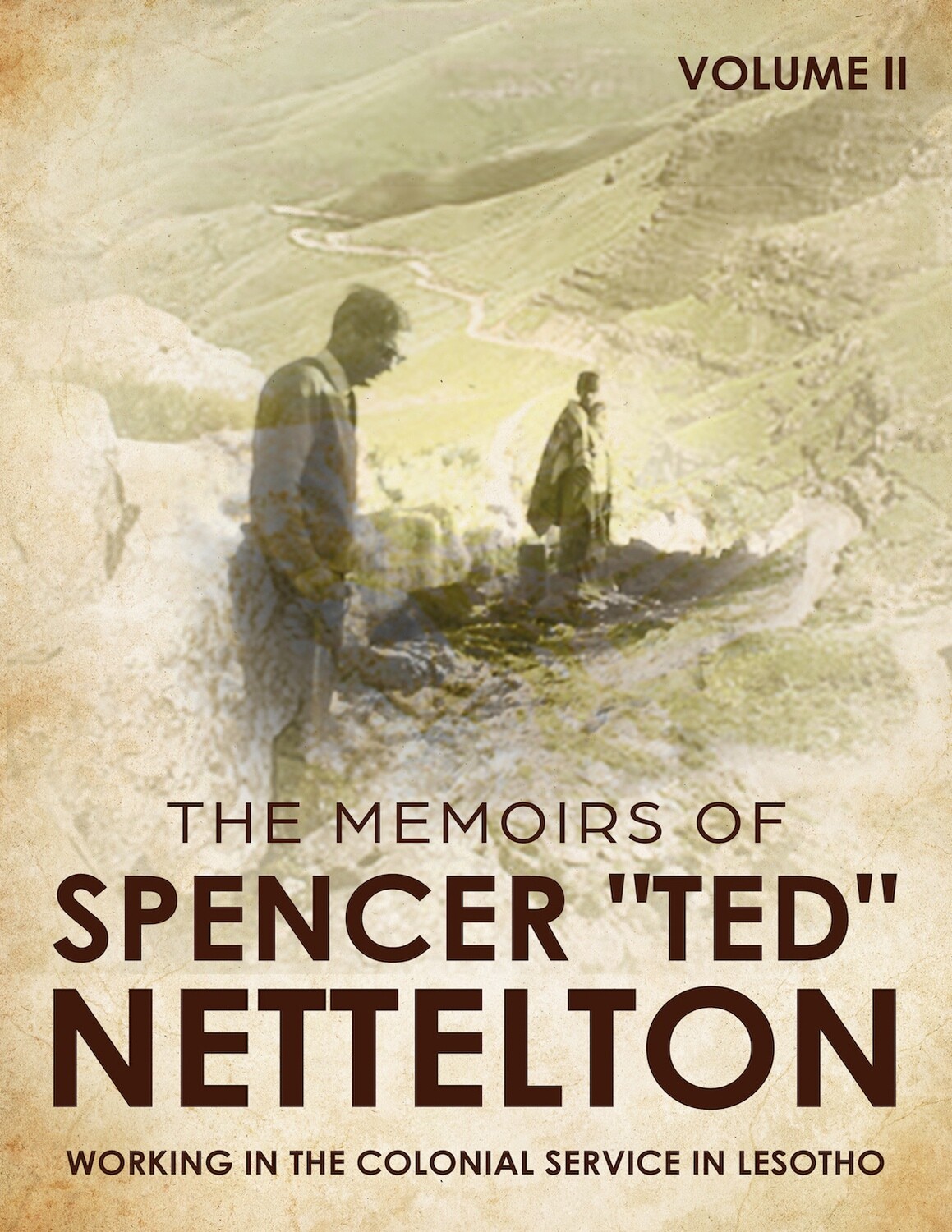 Working in the Colonial Service in Lesotho - The Memoirs of Spencer "Ted" Nettelton (Case laminate: 8in x 11in)

During the 1960s, Lesotho gained its independence and the Basotho people elected their first Prime Minister.

In Volume 2 of his memoirs, Spencer 'Ted' Nettelton reflects on the momentous changes he witnessed during nineteen years working in Lesotho as a District Commissioner in the British Colonial service.

Accompanying Leabua to the US where the prime minister delivered his first address to the United Nations General Assembly, Ted and the PM were guests of President Lyndon Johnston at the White House during a hugely successful tour of the country.Supported by dozens of contemporary newspaper clippings, Ted describes the masterful juggling act of an astute prime minister at the helm of a newly independent African nation landlocked by apartheid South Africa.

From Constitutional crisis on the eve of Independence, to the machinations employed by Russia, China and South Africa to gain influence in the strategically positioned country, Ted's memoir provides a snapshot of daily life and a broader picture of a bygone era punctuated by medicine murder and illegal diamond buying overlaid by the irrepressible spirit and strength of the Basotho people amongst whom he had many good friends.