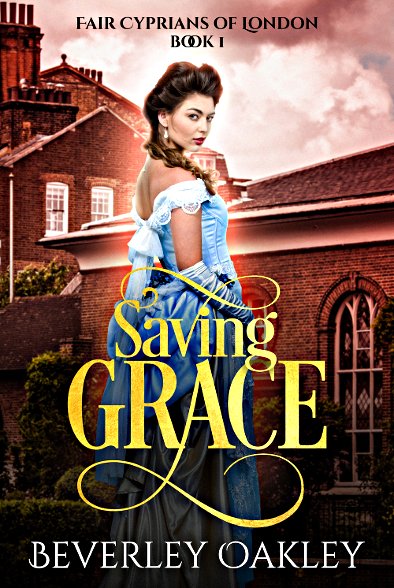 It’s 1878 and London’s most beautiful and hard-hearted prostitute, Grace Fortune, is preparing for her next job. She’s the special initiation ‘gift’ procured by a mother in fashionable Mayfair for her son’s twenty-first birthday.
When Grace discovers she is to be servicing the man whose secret she’d guarded at the cost of her once-secure position in a grand country house and whose betrayal has plunged her into this hated life, she wants revenge.

But with the unravelling of a dark mystery, what Grace gets is something quite unexpected ………………………….

Reclining on a red plush sofa, Grace took a sip of her sickly sweet orgeat and forced a haze over any thoughts about the night ahead. Madame Chambon only allowed her girls champagne when the gentlemen were paying for it and although Grace was not a drinker she liked the way it dulled her senses to the present.

The others were gathered in companionable groups on the fashionable Egyptian sofas, their heavy scent perfuming the air, their soft murmurs imbuing the atmosphere with a falsely domestic air.

She glanced at Hope, another of those who, like her, kept to themselves. Hope was favoured by the gentlemen who patronised their St James’s establishment for her milky white skin and delicate, elfin features. Grace had heard the girl had been a governess before she’d eloped with the squire’s son who’d abandoned her. She’d been too ashamed to return to her family. Maybe it was the truth. Each girl had a story to suit herself.

To Grace, the only truth was that they were all on a path to hell. It didn’t take much for a girl to lose her character but once it was gone there were precious few options for her to put food in her belly and keep a roof over her head.

An expectant hush fell as the heavy draped and tasselled curtain was drawn aside and Madame Chambon arranged herself theatrically in the opening, ready to address her petites choux.

“Ravissement!” she complimented them in thickly accented English, clapping her hands. Grace suspected the elegantly ravaged Madame came from Lambeth rather than the Left Bank. Not that it mattered. No one in this business was who they said they were.

Least of all, Grace.

The girls, awed and anxious, straightened their rich, colourful gowns nervously. Despite her appearance of bonhomie Madame Chambon could turn on a coin. And it was she who ensured the girls did not return to where most of them had been plucked from—the gutter.

“A great opportunity awaits one of you tomorrow,” she addressed them, “for I have just been honoured by the visit of a woman of great discernment …”

A couple of the girls tittered. “A woman?”

They closed their mouths at Madame Chambon’s beady stare, attending as she went on, “who has requested I supply her with one of my loveliest …”

She drew out the pause as several of the brothel’s most popular young ladies preened.

All heads turned towards Grace. She blinked, surprised to register shock when she rarely felt anything these days. Is that how they regarded her? Hard-hearted?

Surely she was not alone in a profession that demanded one’s soul in return for the necessities to live?  She simply had nothing left to offer once she’d done what was required in order to pay Madame Chambon her keep and just survive.

Madame Chambon levelled her expectant look upon Grace, whose mouth dropped open in protest. “A woman? But—”

“The woman wants to give her son a present to remember for his twenty-first birthday. She is obviously a very fond mother—” Madame Chambon allowed herself to share the girls’ amusement, adding, “with very good sense in choosing our select establishment to provide him with the very best initiation—” Her smile grew cloying as she continued to look at Grace—“without fear of him being lured into a transfer of affections amidst all the other … ahem … transfers that take place.” Though she made a gesture with her hands to indicate the transfer of money, the girls tittered at the double entendre.

Redheaded Faith, known for her noisy exuberance, leaned in towards the girl beside her. “Grace doesn’t have a heart to lose.” Her whisper resonated.

Nor did Grace have the heart to participate in the banter that followed.

So what if she’d been selected? It was just another job and a good thing she need not worry about eliciting the emotions of a twenty-one-year-old virgin. Pleasing, also, was the knowledge that any business with a virgin meant it would all be over in less than five minutes.

Madame Chambon selected her dress for her, in royal blue and silver stripes to complement her dark hair and pale skin. Grace’s slender form lent itself to the silhouette of the day: a close-fitting cuirass ending in a draped fan train emphasised with knife pleat ruching. The expensive gown was at the forefront of fashion and made Grace feel she was rubbing shoulders with those she’d once served.

She contoured the flat of her stomach with her hand, turning to look over her shoulder in the looking glass at the stylish figure she cut.

It was true she enjoyed wearing a gown the like of which she’d once not even been entrusted to fold and put away but of course, like everything else, it came with a caveat: she could take only mincing six-inch steps and Madame Chambon required that her girls pay for the clothes she insisted they wear.

“Lor’, but yer look like a duchess,” breathed her dresser, little Maisy, standing back to appreciate the ensemble.

It was nice praise, and not surprising the girl didn’t add that she envied Grace.

Grace patted her on the shoulder and smiled. “Make sure you’re in bed early, Maisy, not hurting your eyes with those penny dreadful novels you do so love.”

Maisy need look no further than those she served for lurid tales of ruined girls to provide the same moralising warning  she got from her beloved stories. Grace hoped Maisy found another situation before Madame Chambon ‘elevated’ her from serving tired and often ungrateful young women who’d been up all night, to eager, high-paying gentlemen.