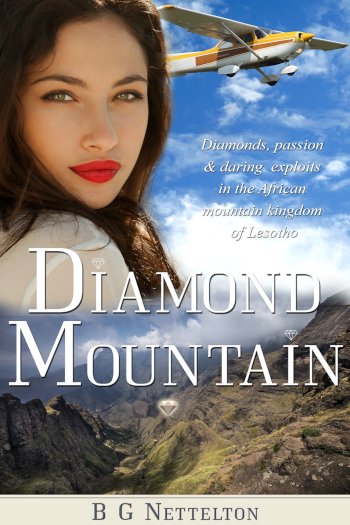 Lesotho, an African mountain kingdom in the final years of Colonial Administration, 1962.
Philippa Tremain, the beautiful but rebellious District Commissioner’s daughter, has set her sights set on a glittering marriage to the son of one of Cape Town’s prominent legal families.
Stuart Price, pilot and former WWII evacuee, has returned to Africa and the dangerous and exhilarating world of mountain flying to log the hours he needs for a commercial pilot’s licence.
Two lives rich with promise until a plane crash and a single night of passion unleashes a maelstrom of unintended consequences.
But Philippa is determined not to let an inconvenient attraction to this handsome bush pilot from the wrong side of the tracks steal her life of privilege amongst South Africa’s social elite. That is, until she realises that their night of passion and desire has left her with more than memories.
Desperate to find a way back to the life she covets, Philippa reaches out to Stuart for help but a lowly bush pilot’s salary won’t pay for the solution she seeks.
Tempted by the opportunity to make money quickly in the illegal diamond trade, Stuart finds himself torn between his honour and the woman he loves.
[Coming May 2021]

Be the first to review “Diamond Mountain”