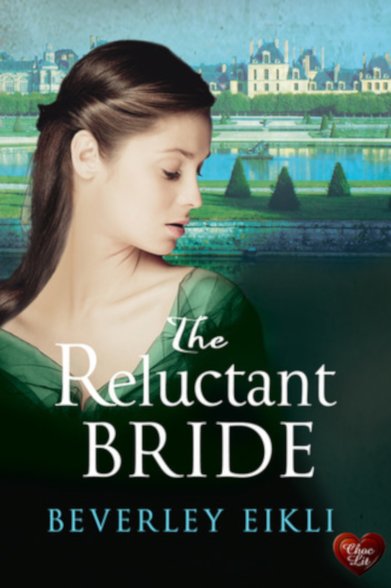 Can honour and action banish the shadows of old sins?
Emily Micklen has no option after the death of her loving fiancé, Jack, but to marry the scarred, taciturn, soldier who represents her only escape from destitution.

Major Angus McCartney is tormented by the reproachful slate-grey eyes of two strikingly similar women: Jessamine, his dead mistress, and Emily, the unobtainable beauty who is now his reluctant bride.

Emily’s loyalty to Jack’s memory is matched only by Angus’s determination to atone for the past and win his wife with honour and action. As Napoleon cuts a swathe across Europe, Angus is sent to France on a mission of national security, forcing Emily to confront both her allegiance to Jack and her traitorous half-French family.

Angus and Emily may find love, but will the secrets they uncover divide them forever?

A conversation between wayward Emily who has been forced to marry Angus, a serious war hero, the previous summer.

‘We’ve not had an auspicious start and you’ve not been shown to advantage, it’s true,’ he conceded with a candour that took her aback. She must add ‘plain speaking’ to her husband’s list of recommendations. ‘But remember, I saw you at the Regimental Ball when you’d experienced none of the trials life has thrust upon you during the past six months.’ He straightened, pretending a study of the half- moons of his ngernails. Almost shyly, he said, ‘I saw the impression you made on people.’ When he glanced at her with his clear-eyed gaze she felt the inexplicable desire to put out her hand and trace the line of the scar upon his cheek.

She stopped herself, cocking her head as he continued. ‘Not just the men. The women sent you envious glances. You were dazzling. I was dazzled.’ He gave a short laugh. ‘You looked so happy. As if you had the world and its moon at your beck and call … and I wanted you so badly.’

‘Emily, you will have the same effect on local society as you did back then. You can enjoy a good, rich life here … if you want.’

She was silent as she pondered this, aware of his closeness and aware of how much she wanted to bridge the distance between them.

He broke the long silence, saying in a lighter tone, ‘Your mother is astute. Amusing, too.’

‘I … never really thought much about it.’

‘She obviously enjoys little society, but she reads and listens. I was impressed.’

The warm glow in Emily’s heart intensi ed. No one had ever praised her mother whom her father never lost an opportunity to belittle. She was about to tell him what that meant to her when he said abruptly, ‘Major Woodhouse wants me to go away again.’

‘So soon?’ She was shocked by the extent of her dismay. ‘I have been home three weeks, Emily.’
‘Where are you going this time?’ she murmured. ‘There is

much you keep from me.’
Though his hand was less than an inch from hers he made

no attempt to touch her. His shrug was almost imperceptible. ‘For your own good. Ensuring your well-being is the only reason I do not unburden myself. Not mistrust of you.’

It was what Major Woodhouse had intimated, but she didn’t want to think of him. Angus’s smile – wistful, as if he wished she appreciated his concern – nearly undid her and she found it dif cult to concentrate on his next words, so busy was she trying to make sense of her desire that he take her in his arms.

‘Not only is my work important for keeping us in comfort, Emily, both now and in the future, it is vital for the security of our country.’ He touched her cheek with the barest of caresses and she shivered, disappointed when he withdrew his hand and fixed his thoughtful gaze upon the lake. ‘Napoleon has been cutting a swathe through Europe unchecked for so long, we cannot take for granted our way of life here.’ His jaw was clenched and his gentle look hardened. ‘We cannot take anything for granted and we all have a duty to safeguard what we hold dear, for ourselves and for those we love. The threat may seem diluted now, but it is real and there are enemies amongst us who would see Napoleon have his way’—his gaze held hers as if he wanted her to share his concern—‘at the expense of all we uphold as good and reasonable.’

Be the first to review “The Reluctant Bride”