After more than a year of talking about it, checking out narrators, and then doing courses on narration and recording, I finally started recording my first audio book.

As I’d had a successful promotion for my Daughters of Sin series, I started with Book 1, Her Gilded Prison. However, this is one of my steamier books, and on playing back for the first eight chapters, there were too many scenes in which I sounded positively embarrassed, that I decided to put this one down to experience.

So, with another big promotion coming up on The Bluestocking and the Rake, I decided that this one – book 2 in my Hearts in Hiding series – would be the ideal start.

Above is a picture of my recording studio. As you can see, old faithful, my Rhodestian Ridgeback Mombo, had to be in on the action. He’s just loved the fact that we, in Melbourne, have had around six months of partial, followed by full, stringent lockdown, so he is always with his pack!

Generally the recording goes OK, though sometimes I have to pause when he starts to chase rabbits in his sleep, or to snore.

Here’s a Taster of The Bluestocking and the Rake!

This takes place after Jemima’s ‘husband’ has taken her out for an evening. 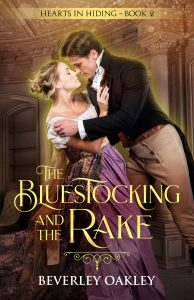 You can buy it or read it in Kindle Unlimited here.

OR LISTEN TO IT HERE: